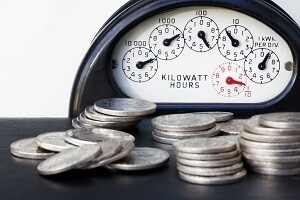 Companies often overlook electricity usage as part of IT running costs. Setting power-saving options on equipment will make a worthwhile saving over the life cycle of equipment and might make equipment last longer.

Leaving computers turned on 24 x 365 uses up to 4.38 times as much power as turning them off when not in use.

Remote support functions are impossible if computers are off. Both automatic and manual updates, as well as software upgrades, are best done out of hours to avoid loss of productivity.

Wake on LAN (WOL) is the answer and allows a remote administrator to power-on machines for maintenance. A central computer or router turns on computers when needed but requires some configuration and testing.

Scheduled turn-on would save staff time and avoid productivity losses waiting for machines to boot. Users waste a lot of time when Windows 10 computers are doing significant updates at startup.

Regular reboots have the additional benefit of reducing other problems and improving performance. Scheduled power-on options don’t typically allow setting bank and other holidays, so machines would turn on during holiday periods which is not very efficient and is not recommended.

Using smart POE switches and turning off VoIP phones out of hours will save power. These savings are small and would probably not be worth the effort but turning phones off during non-office hours avoids the risks of unauthorised staff making expensive personal calls or other phone fraud.

Turning computers off when not in use increases the life of the equipment and reduces hardware failures.

In some environments turning off equipment will also save on air conditioning costs.

Based on the domestic price cap from the 1st of October 2022, electricity cost of 34p per kW/h and computer equipment using 100w. The difference between having the machine running for 8 hours on workdays for 50 weeks a year compared to all the time is £229.84 per year. Multiplying that by the number of computers and setting up power saving makes sense.

For help reducing your IT running costs