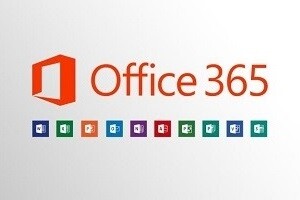 Office 365 is a Microsoft subscription-based option for Office applications and services. Subscription bases software is called Software as a service or SaaS.

Before Office 365 customers purchased a perpetual licence of a version of Office and used it for as long as they wanted without any further cost. Historically Microsoft has released a new version of Office every three years or so with Office  2003, 2007, 2010, 2013, 2016 and 2019. Apple Mac versions are different in both version numbers and features.

Office 365 avoids the dilemma of when to spend more money on the next version as upgrades are part of the subscription. Office 365 eliminates the need for a large upfront payment when buying new copies.

There are some downsides. If you stop paying, Office 365 stops working and the cost over time is significantly more than buying a perpetual licence and using it for several years.

Managing the move to Office 365 can be very challenging, especially when moving existing email to Microsoft services. Atomik.biz has specialised in email since 1997 so is ideally suited for migrations to Office 365.

We often hear that cloud services are more secure than physical machines. This is true compared to the theft of an unsecured server, but data in the cloud is typically only protected by a user name and password. The user name is usually an email address which is easy for a hacker to obtain and only leaves a user password for security. With Cloud storage, physical access to the data is available from anywhere. Criminals will hide their location by using a VPN service or use a public Internet. Many users are very careless with there passwords by sharing them or reusing old passwords for years. Password recycling regularly results in the hacking of online accounts. The news media periodically report celebrities who have been hacked.

Mark Zuckerburg (Facebook boss) and Jeff Besos (Amazon boss) have been hacked. These technology multi-billionaires have unlimited IT resources but can’t ensure their own data security.

Ordinary people get “hacked” too, but it does not make the papers. We always say security is inversely proportional to convenience.

Customers often say “we don’t need to backup data we have in the Cloud”. It is correct, large companies hosting these services have excellent infrastructure and are less likely to have a complete disaster. However, there are many reasons why data loss can occur. The number one cause is where users delete the data by accident. In this scenario, it is the customer’s problem to recover the data. Subscription-based services motivate the customer to remove old user accounts to save cost and can delete data that is still required. Non-payment, for whatever reason, will also cause loss of access to data.

When a company closes down, it is still essential to keep all the data for legal and tax reasons, but the company will stop paying for online services. The directors must copy company records to other media, usually to physical storage.